Home » Blog » Environmental Impact of Agri-food trade liberalization on different groups of countries: do stakeholders have a good intuition?

When we think of environmental impact of agri-food trade liberalization of EU with the World many questions come up to our minds. Will environmental impact be so important as economic and social ones? How big the impact will be in developed vs developing countries? In what type of future economic situation will those liberalizations take place and hence what type of liberalization is it going to be? Our task is to address those and many other questions by the means of economic model called CGEBox. Then we confront the answers from “our machine” with the opinions of our stakeholders. So on one side, we model: 1 pathways of possible future economic situation in which liberalization will take place, 2. different scenarios of liberalization, 3. Impact of the scenarios on greenhouse emissions in the World, EU and in developed vs developing countries. On the other side, we put the stakeholders’ opinions, collected via survey, next to our results to see how their intuition corresponds to our calculations.  We discuss with the stakeholders the above issues and listen to their suggestions. So we experiment with different scenarios of agri-food trade liberalization in safe “laboratory conditions” instead of experimenting on real people in the real World.

Below we shortly address the above mentioned dimensions of our research.

The future is unknown, but in order to model the liberalization of trade we need to assume some possible scenarios. The model cannot predict what will be the future but can show us the result in the future that we defined. So the scientist developed 5 most possible ways that the future will develop. They are so called “shared socio-economic pathways” (SSPs). There are several indicators describing them but in short, they are called as follows: 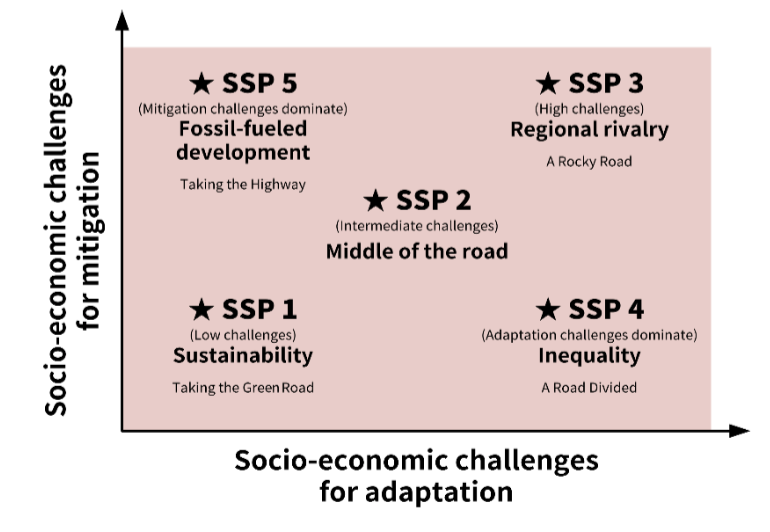 One of the questions that we asked both the stakeholders and our model was as follows: Which aspects of sustainability would be most affected by liberalisation in agri-food trade – social, economic or environmental? The answers by stakeholders are presented in Figure 1 (after 3 rounds of the DELPHI study) while the answers of our model are in Figure2. 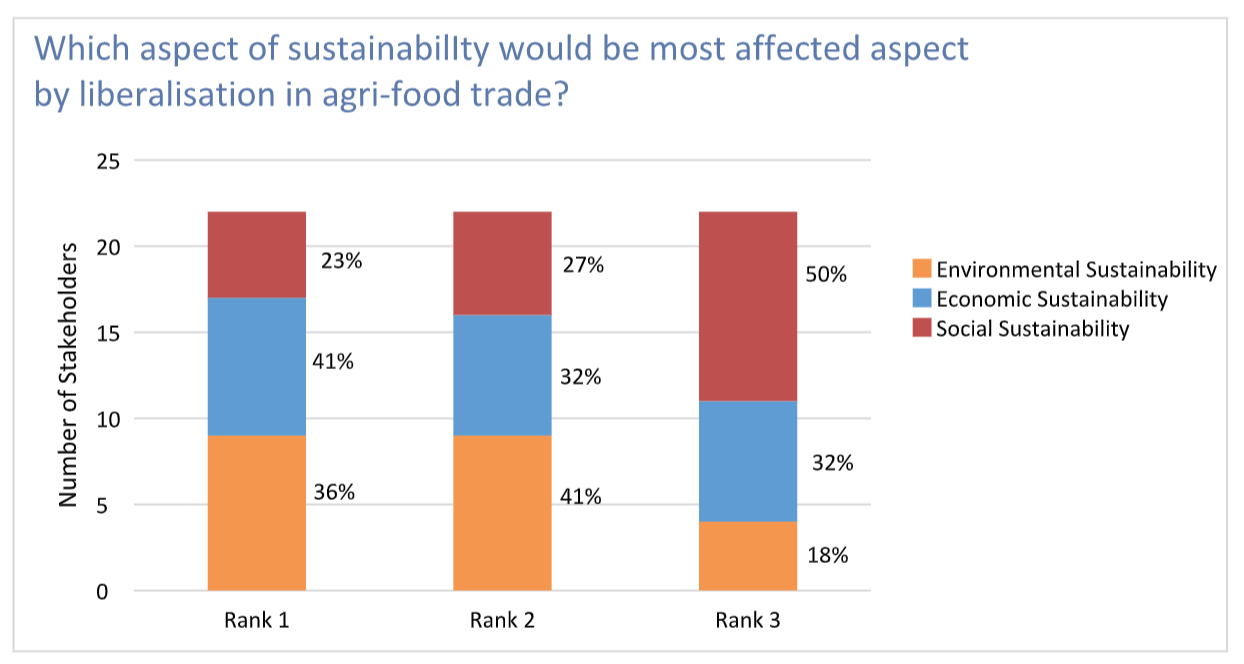 Figure 2 Answer given by CGEBox model 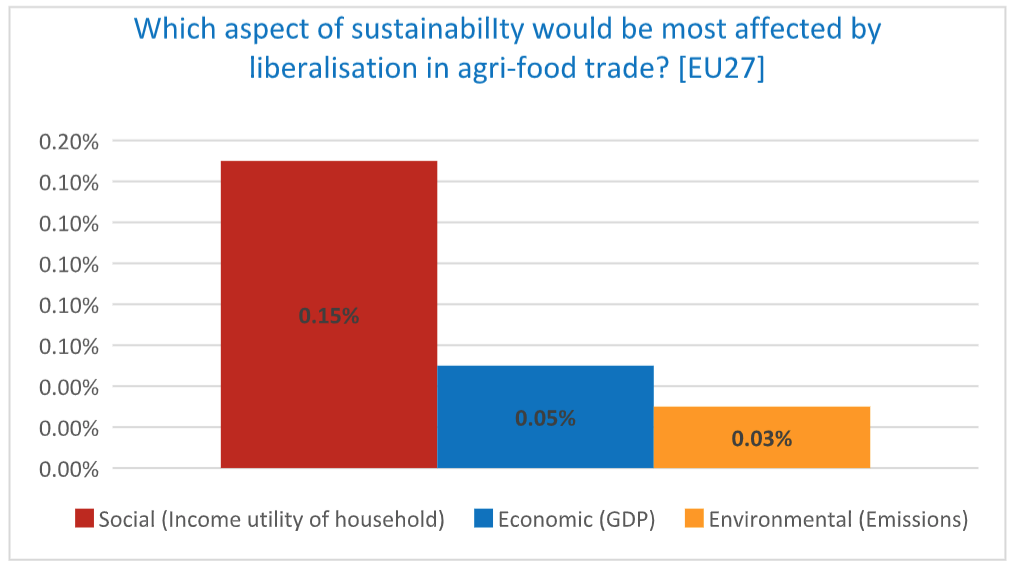 As we can see, the stakeholders were right that the social impact of agri-food trade liberalization is going to be the highest due to agri-food trade liberalization. Interestingly they came up to that result after the 3 rounds of the Delphi survey (in step one and two they though that economic and environmental impact will be bigger). It means that they were more accurate the more they interacted with each other. The model was run under SSP1 scenario and additionally provides the answer to what extent the impact was different on the three pillars of sustainability. It is visible from Figure 2 that the social impact was significantly higher than the economic and environmental which were not only much lower but also closer to each other in their magnitude.

How do we foster the positive linkages between trade and sustainable development?

The EU’s proposed reforms to Trade and Sustainable Development chapters: a big change, or more of the same?

The influence of non-trade policy on trade – Renewable Energy Directive

We use cookies on our website to give you the most relevant experience by remembering your preferences and repeat visits. By clicking “Accept All”, you consent to the use of ALL the cookies. However, you may visit "Cookie Settings" to provide a controlled consent.
Cookie SettingsAccept All
Manage consent

This website uses cookies to improve your experience while you navigate through the website. Out of these, the cookies that are categorized as necessary are stored on your browser as they are essential for the working of basic functionalities of the website. We also use third-party cookies that help us analyze and understand how you use this website. These cookies will be stored in your browser only with your consent. You also have the option to opt-out of these cookies. But opting out of some of these cookies may affect your browsing experience.
Necessary Sempre abilitato
Necessary cookies are absolutely essential for the website to function properly. These cookies ensure basic functionalities and security features of the website, anonymously.
Functional
Functional cookies help to perform certain functionalities like sharing the content of the website on social media platforms, collect feedbacks, and other third-party features.
Performance
Performance cookies are used to understand and analyze the key performance indexes of the website which helps in delivering a better user experience for the visitors.
Analytics
Analytical cookies are used to understand how visitors interact with the website. These cookies help provide information on metrics the number of visitors, bounce rate, traffic source, etc.
Advertisement
Advertisement cookies are used to provide visitors with relevant ads and marketing campaigns. These cookies track visitors across websites and collect information to provide customized ads.
Others
Other uncategorized cookies are those that are being analyzed and have not been classified into a category as yet.
ACCETTA E SALVA